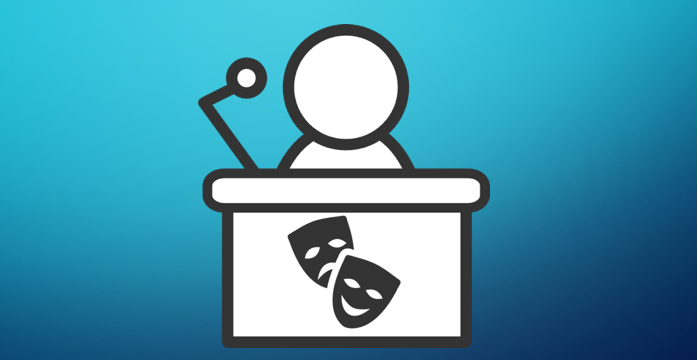 Read This Before Cussing or Using Slang in Your Presentation

Most people naturally tend to talk to the audience as if they were talking to the Dalai Lama.

They clean up their language. Not just holding back on “f-bombs” but also cutting out the “so-like-totallys” and any overt slang words or phrases.

Slang could be as simple as using the words “ain’t” or “woke” or “SNATCHED!” And let’s not forget one of my favorites: “shit-eatin’-grin”

You want me to use it in a sentence? Certainly. Wipe that shit-eatin’-grin off your face!

I’m not here to debate on whether or not anything is wrong with the words themselves, just whether or not you should use them when giving a speech to an audience. Fair enough?

Before you settle on your next speech, you should probably read this before cussing or using slang in your presentation.

Here are some factors to consider:

At the end of the day, your message is about persuading people to do or feel something. Whether that’s persuading them to buy something, take action on their goals, accept your fake news, or even getting them to laugh, more than likely you will need to speak their language.

Milo Yiannopoulos certainly has a way with words--the non-politically correct variety. You’ll notice he speaks mainly on college campuses (or not…), and to those who would consider themselves closer to conservatism. He knows his audience well, and knows his haters even better.

This is why it's important to research who your audience is. What industry? Type of education? Age is a big one. Political preference. Religion. Gender. These things can all play a role in vernacular and how you might choose your words.

Who are YOU? Are you a rocket scientist or the Pope? Energetic or docile? Do cuss words make up 50% of your total vocabularic output?

You’ve got a personality, we all do, and to stray too far from it will do more harm than good (authenticity counts!). If your personality is geared toward a certain audience, why not find the right audience?

Here’s a nice clip from a Gary Vaynerchuk speech at Inbound 2016:

If you can call your audience members “motherfucking losers” and not get stage-hooked or lose half your audience in protest, that’s probably the right audience. I recommend starting allspeeches like that from now on (probably not though).

Why go with you? Because then you don’t have to worry about how to be somebody else. Many new speakers have the idea of what a “public speaker” is, which is usually some high-strung inspirational guru, and so they try to imitate that person. To me, though, a public speaker can be anyone and everyone.

Public speaking is about delivering a message from the perspective of the messenger.

A good portion of who you are is how you speak, words included. Start with you and adjust ever so slightly as needed. The sooner you can transition into you the better.

Can your audience relate to it? Is it something you’d say? And finally, is it the best damn word for the job?

Some words are better than others. Sure, some may be generational, but many are timeless. Think of the best word for your situation (the purpose of your speech and the specific audience).

Does it get the point across like an ice cold shower while you're half asleep? If yes, use it. If not, keep on thinking until you’ve got lighting instead of a lighting bug.

By understanding “how” you should speak, you do yourself and your audience a magnificent service.

By speaking the audience’s language, you make it easy to relate, understand, and accept your message, which hopefully benefits them in some way.

By speaking YOUR language, you stay true to yourself. Your authenticity reigns supreme while at the same time you don’t have to focus on perfecting somebody else.

By using the best words, you give yourself the best chance of impacting the audience.

And one other thing, some might not care at all how big of a spaz you are as long as you offer them something of value (my kind of audience!).

There you go. Use this as a checklist for figuring out how to say it.

Howdy! My name is Matt Kramer and I used to suffer excruciating death when speaking in front of a group, now I LOVE it. Overcoming this fear has changed my life and it can change yours, too. My focus is to help you overcome the fear of public speaking so you can build the confidence to go after what you want in life. Read more of his story and check out his other great articles at www.tacticaltalks.com. 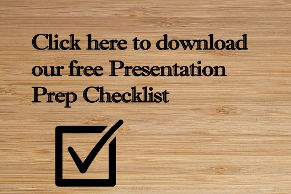